Ouro Preto, a perfectly lovely colonial town built on upon the gold from the local mines. Lots of nice churches, cobblestone streets, too many steep hills.

We arrived on a Sunday, and oddly all the churches were closed but we did get a good look at the outsides. There are about 30 churches here, some with gold interiors (literally), some built by and for slaves, one designed by the famous Brazilian sculptor architect Aleijadinho who also carved the entire facade in soapstone. 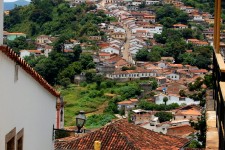 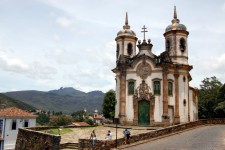 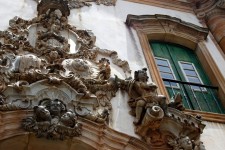 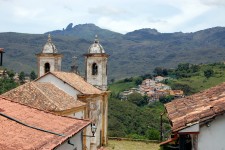 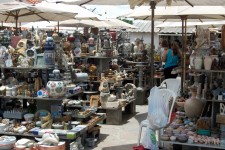 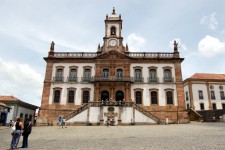 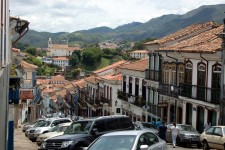 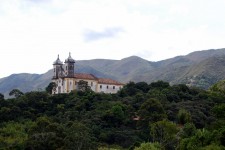 After walking around town for a while, we decided to stop for pizza at a nearby restaurant that had some live music. We were pleased to be seated in the ‘fusca art room’. 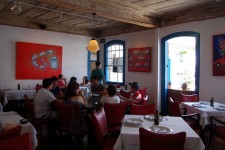 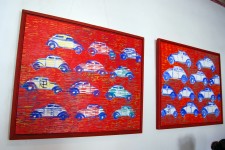 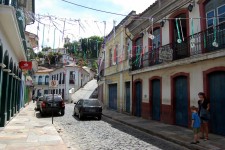 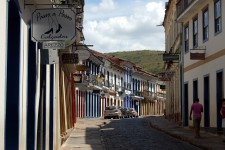 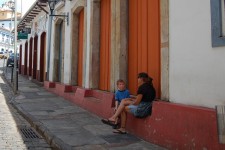 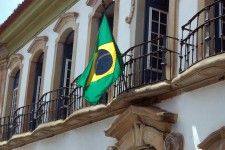 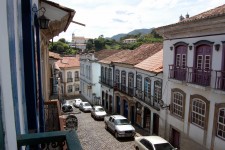 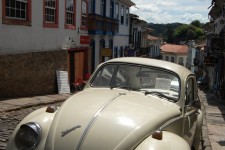 And, this town was the site of our first vehicular accident of the trip.

We were parked with the emergency brake engaged –  and were hit from behind by some girl trying to turn from a street behind us. She jumped out and started yelling at us and telling us that we were going to pay. We tried to point out the obvious:  that we were parked and she ran into us. She scribbled down out license plate number, jumped into her car, and sped off. A white paint line across her door from where she scraped across our rear bumper.

We were quick to take some photos that hopefully show it was her fault, but really have no idea what her angle was or if anything will come of it. It was so dumb, it almost seemed intentional. Is this a scam, or is she just a kook? I guess we’ll find out when we try to extend our vehicle permit or leave the country… 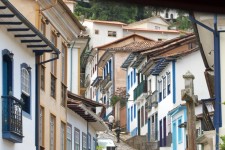 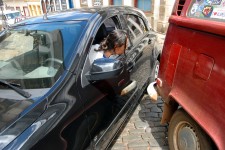 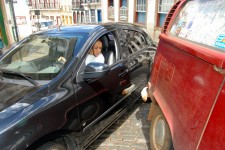 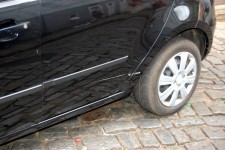