As a kid, about this time of year I would scour my bedroom for all the spare change I could find and head down to the fireworks stand for some pyro. I never managed to blow off my fingers, put my eye out, or start any house fires – but I did come pretty close on all three counts. Maybe that’s why some of those fireworks are now illegal. And, only certain areas of certain counties in Texas allow fireworks at all. Angela’s parents live in one of those areas.

Bode and I needed to go for a walk. 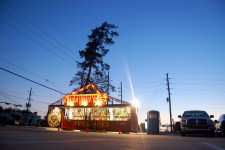 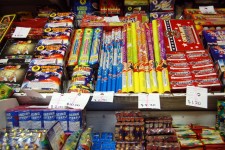 Oddly, even though this part of the state is a tinder box of pine forest and dry needle-covered roofs, fireworks are permitted here. In other areas where one might think the danger of fire is low, they are not. However, concealed firearms and automatic assault rifles are perfectly fine throughout the state. 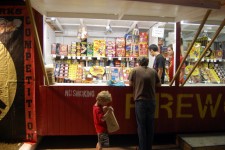 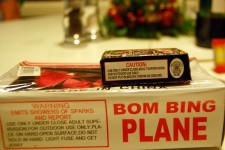 I took a good look and didn’t see many of my childhood favorites.  They did have some that looked similar, so I started asking questions. I had a pretty entertaining conversation with the two guys behind the counter about what each thing did. With each description, Bode’s eyes got wider and wider and he threw in an “awesome!” every now and then. They did sound pretty awesome.

Despite all the available awesomeness, we ended up with a pretty tame haul. It still made for an evening of good fun. 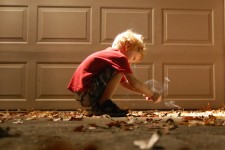 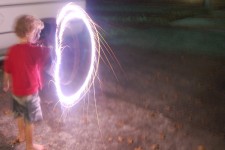