It all started with a simple bottle of Shiner Bock. One that I’m pretty sure I saw down in the crisper at Angela’s parent’s house last year. At the urging of her father, I took my chances and tried it, but… it was well beyond the skunky stage.

Later, I had some stale crackers and started to think I might be on to something. It dawned on me that some of these things may have been purchased specifically for my enjoyment – just not this year.

Even though we’ve endured some pretty adventurous dining over the past year of travel, we decided to investigate further.

With permission, we started in the pantry. For some reason, I thought canned goods could last through the apocalypse. Apparently not. 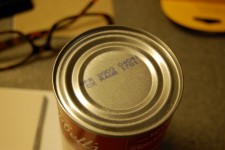 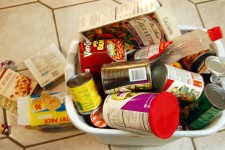 The shelf life of unopened Campbell canned products varies from 1 to 2 years. In order to experience optimal color, flavor, aroma and texture the product should be consumed prior to the end of the month and year displayed on the product.
-Campbells

After filling up an entire trash can of expired products, we were done. Although it’s probably rude to inventory and critique your in-law’s pantry (and post it online), I think we did the right thing. At least we all had a good laugh.

Anyway, I think we may now have a new holiday tradition. 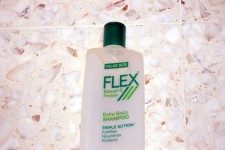 So, if you happen to be visiting your folks over the holidays, you may want to take a peek in the pantry before the cooking begins.

Oh, and I’m also happy to report that I finally finished that bottle of shampoo that has been in the guest bath for more than a decade. No expiration date on that one.

4 thoughts on “A New Tradition is Born”