It’s rained every day for as long as I can remember. Some days there’s lots of rain, and others just hard rain for a few hours. Still, we decided to go off-roading in the Andes.

The road to Tierradentro was only 80 kilometers, but we were warned it would take us four and half hours – on a good day. The road was insane, mountainous and muddy. We drove through tiny towns like Totoro and Inza. We peaked somewhere around 3400 meters (over 11,000 feet) and the bus was doing great. Sliding down the other side was just as much fun. 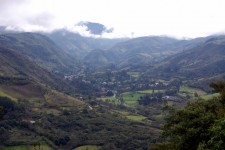 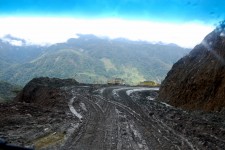 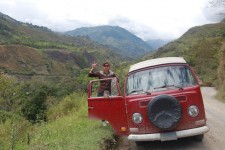 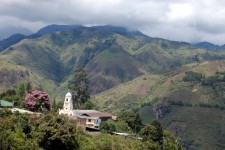 We made it to Tierradentro in about 6 hours, with plenty of time to check out the main attraction – the tombs.

These subterranean graves were built around 1000 AD. They varied in size depending on the importance of the person buried there. The gold, jewelry and pottery left in the tombs were on display in the museum.

The entrances to the tombs are a steep hike up the mountain and appear to just be holes in the ground, newly covered with hinged wooden doors and padlocked. The guard opened the doors for us, and pointed us down into the dark dungeon-like opening. 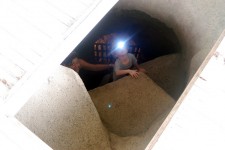 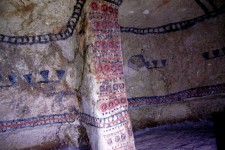 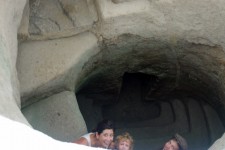 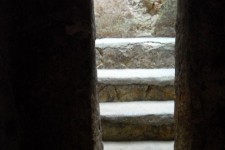 There are steep carved steps leading down into the crypts and the tombs are cave-like semi-circles with intricate paintings and carvings.

Bode was a little hesitant at first, but soon he was really into it. We only wanted to see a few of them, but ended up crawling down into 12 different tombs. It was a lot like Indiana Jones. Plus, he liked to help the guard with the padlocks. 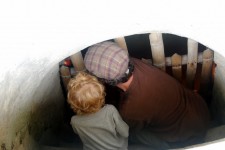 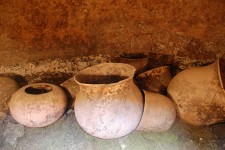 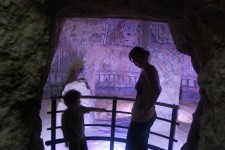 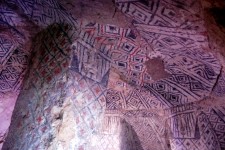 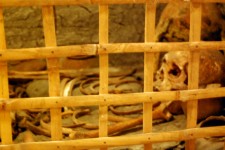 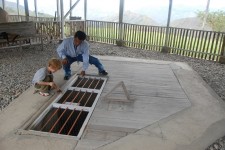 Back at the museum, we asked if we could camp in the parking lot. No problem, with bathroom access and a security guard (?) for free. We figured we were the only people around, but were later discovered by a group of Colombian Red Cross workers who were really curious to know what we were doing. They came over to check out the bus, see what we were cooking for dinner and chat. All ten of them were really nice and quite impressed with our little casita.

It’s good to be back in the van. 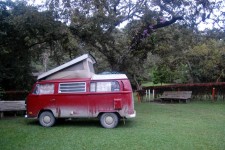 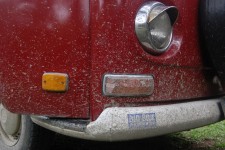 One thought on “Inner Earth”