We never really meant to be here. We were going to camp in the mountains north of town and then head west the warm valley below. Instead, we limped into Bogota with a jerry-rigged clutch cable, worrying that it too would snap at any minute.

We found a hostel in town and an inexpensive parqueo to store the bus until all is fixed. Day one involved figuring out where we were and trying to make some connections in Bogota. I’ve spotted several classic vochos here, so I’m pretty confident we can get parts. We’re in La Candaleria, though – the touristy gringo area – and there aren’t car parts for miles and miles.

Each barrio has it’s own specialty – I find out the car parts barrio is 07 de Octubre and I’m told it’s simply too dangerous to go there. Great. Come to think of it, I was told this about the entire country.

Since there is actually stuff to do here, we pass on finding car parts and head out to find some action. 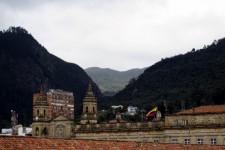 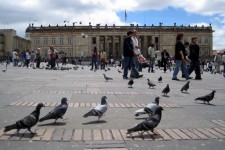 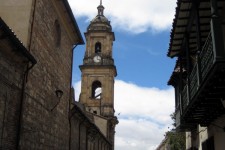 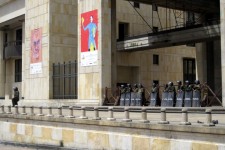 It turns out that there were three different protests this day, and they were all converging on the big square right about the time we were having lunch. 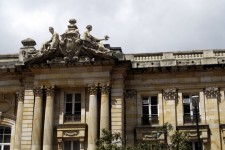 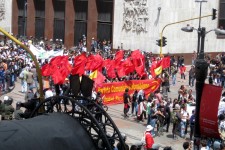 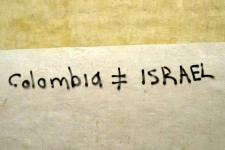 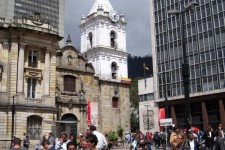 It was the usual deal. Folks marching with posters that say the equivalent of  ‘revolution now.’ The communist party shows up and wave their red flags. The whole thing gains momentum when the ‘pros’ start making their presence known  – they are readily spotted and well practiced. Guaranteed coverage on the evening news.

It was starting to feel a bit like a Bay Area protest… the paint guns came out and windows were getting broken. Something of some sort – not a paint ball – shattered the front window in the place we were eating. Time to go. 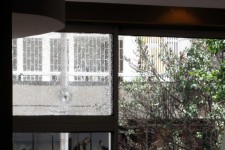 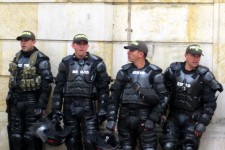 We were escorted out the back door and found that the adjoining streets were packed with some seriously equipped dudes. Armored vehicles. Dirt-bike brigades. The Colombian police know how to deal with violence in the streets… and know when to stay back and let the college kids blow off steam.

Things settled down as the protest got into the square. For some reason all the anarchy kids disappeared and it was only farmers and their leaders left to chant over the PA in the square.

I have to say that at no point did we ever feel unsafe or that we were in danger. Just one of those things. 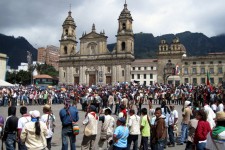 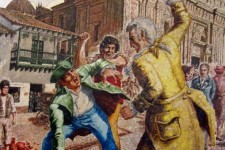 We were close to a museum – the national police museum – and figured it was an opportune time to visit.

Interesting enough. They have a whole display of the hunt for Pablo Escobar complete with stuffed dummies, one of his motorcycles, and some weapons. On another floor is… more weapons. All contraband that was deemed interesting enough to display – most of it home-made.

If you want a good day, get drunk.

If you want a good year, get married.

If you want a good life, become a police officer.

-inscription on the wall of the police museum 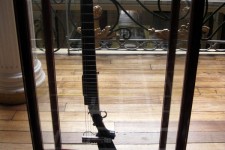 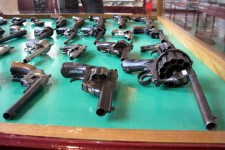 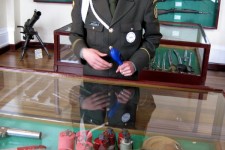 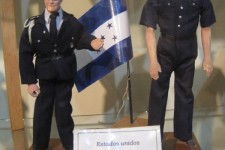 We learn that what they call “handcuffs” loosely translates to “wife.” We also saw a display of all the police uniforms of the world hand-stitched onto little Ken dolls. An impressive effort, but we’re not really sure where they found the American flag.

5 thoughts on “A Day of Police”