We were up and out of our campsite early the next morning after meeting all the local beach dogs. Of course, someone came by and tried to extract some money from us for allowing us to camp on ‘their’ beach. We had already talked to someone else the previous night who said it was ‘their’ beach and free to camp. No matter – there will always be someone who shows up and asks for money. 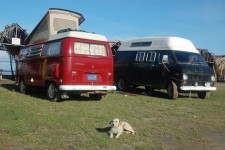 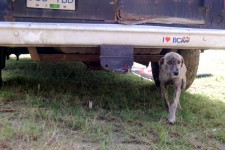 We drove another 100 km or so and encountered more people holding ropes across the the road trying extract tolls. We sped up, and of course, they dropped the ropes. I’m not sure how this phenomenon got started, but it’s international. 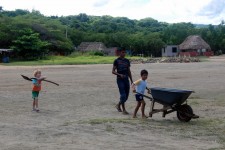 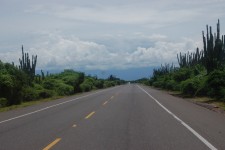 We finally made it to the coastal town of Taganga and lounged around and rested for several days. Its a small town, and you can walk the whole thing in about 10 minutes. We all seem to be suffering from a lack of energy since we left Panama and this was a good place to chill out.

We picked a hostel with Jesse and Kyle and it wasn’t fancy, but it did offer some amenities we haven’t encountered in the US.  For the equivalent of $10 USD, you could borrow a towel or play the game of Jenga. For twice that, you could buy cocaine (or weed) directly from the front desk. Only in Colombia? 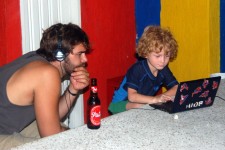 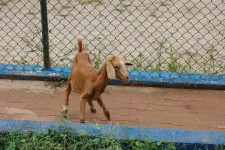 In a small lot next door lived a herd of goats and a donkey. During the day, the goats wandered the streets. Every once in a while the wind shifted and it smelled like a farm. But the real treat was the donkey, who brayed very, very loudly at all hours of the night.

We were still being eaten alive by mosquitoes and sand flies, until I discovered a wax repellent. Kind of like snowboard wax for the legs. Later I heard you were supposed to use it on wet skin like soap, but just rubbing the whole bar on and covering yourself with a thick layer seemed to work for us just fine. It was a little weird sharing the bar with bits of dirt and hair, but the mosquitoes were really that bad.

We hit the beach most days. Over the weekend it was packed with locals and was really fun. Els, from our San Blas trip showed up at the hostel and we hiked over a mountain to Playa Grande. Great views, but the beach and snorkeling were just average. I heard that the water here is usually much nicer, but during the rainy season it gets murky.

We also got to connect with our Facebook friend, Juan. We finally got meet in person and see his sweet ’67 bus, and he gave us some helpful travel advice. Thanks Juan!

We also met Arthur, who spotted us driving into town. He’s got a nice Vannie and also happens to make the best baguettes we’ve had (or seen) in no telling how long. Naturally, Juan knows Arthur. We are told there are exactly 5 VW buses in this area – they all know each other. 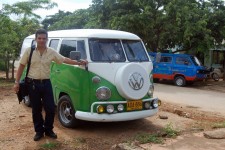 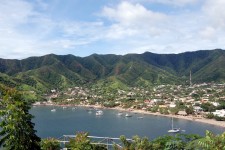 The city of Santa Marta was just 15 minutes away, but it seemed worlds away. There, we went to a huge supermarket within a modern mall. At the supermarket, they happened to be selling lot’s of VW bus themed stuff. We didn’t buy any – maybe next time. 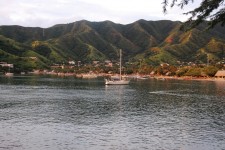 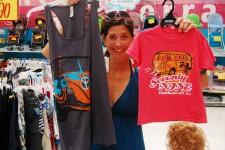 On another day, we drove about 45 minutes up into the mountains to the town of Minca for some cooler weather. It was a nice drive and we intended to stay the night, but once we got there it started raining. So, we looked around for a while and decided to head back to the beach.