We rolled into Panama City with the sole purpose of taking care of shipping the car to Colombia. Unfortunately, this process takes several days, so we had to stick around a little while. 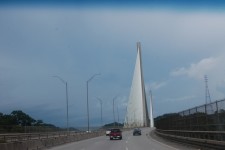 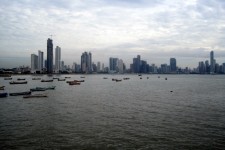 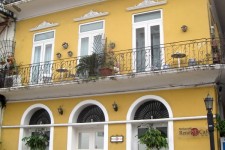 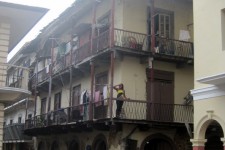 It’s not necessarily a bad place, just not where we really want to be spending our time. It’s a big sticky and hot city, but they do like their A/C nice and cold.

There is an old town that is crumbling and a new and modern downtown with gleaming skyscrapers. By far, this is the most modern city in Latin America and the cranes all over the city indicate it’s growing fast.

But, there’s not much here to hold our attention. There’s the canal, of course, but for some reason I wasn’t all too keen on going over to see it. We lived next to a major port for 10 years, so we’ve seen plenty of container ships. We’ve seen locks – the ones in Ballard, WA are pretty neat. These are just bigger, right? 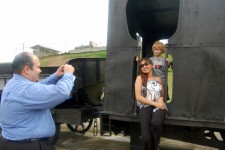 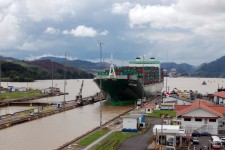 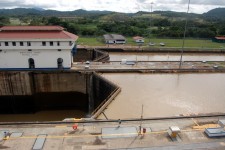 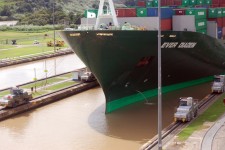 So, taking a break between trips to the police, customs, our shipper, and the clinic for Yellow Fever shots – we headed over to the Miraflores Locks.

It was interesting enough. Bode liked it, but maybe liked playing on the old train out front even more. 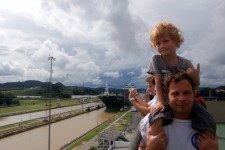 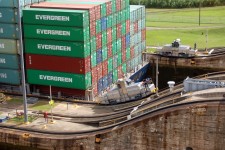 Here are a few tidbits worth noting…

There are no pumps. It’s all gravity-fed from the lake.

It takes 8 hours to transit the entire canal.

They announce where the ship is from and how much they paid to transit on a loudspeaker. The container ships we were watching paid $300,000 USD each.

The workers could move a new ship in and out of each lock in about 30 minutes.

All the lines are handled by electric trains on rails lining the locks.

The massive ships come really close to the edges of the lock walls. They are all designed specifically for this passage, and there isn’t much room to spare. We saw some scrape the sides.

They are working on a bigger canal that will sit right beside this one. 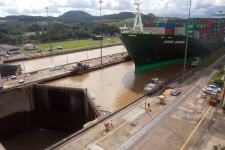 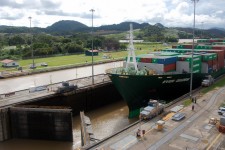