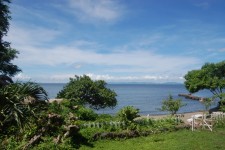 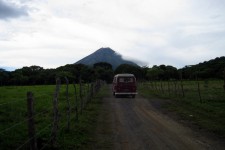 We spent several days on the island of Ometepe. We had purchased tickets for the 11am Monday return ferry, but when we got there no one was in line. We waited a while, then asked the only other car in the area if we were in the right place. They said we were, but after about 10 minutes they drove away. We wandered around for a bit and finally found out that the ferry had mechanical problems and wasn’t running. 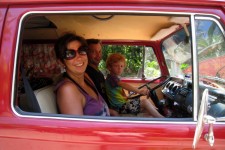 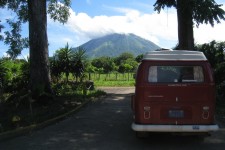 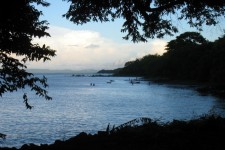 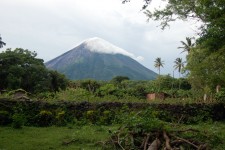 We found out about another ferry company with a 12:30 ferry. It was full, but we waited around to make sure. We didn’t make it on, and there weren’t any other ferries with space until the next day. No one knew when our original ferry, the Che Rivera, would be operating again. 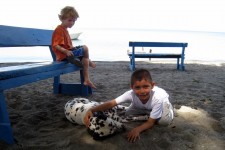 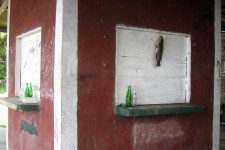 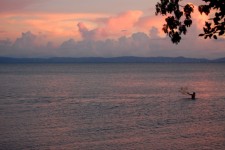 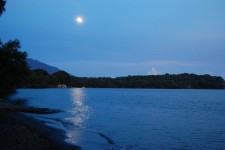 Finally, we found out there was a third ferry company with a boat leaving at 3:30 on the other side of the island. After driving up and confirming they had space, we went out for 1 more damn tasty chicken lunch.

After finally getting on the ferry, we discovered it was quite nice. Much nicer than the one we rode over on. It was Dutch and they hadn’t bothered to change any of the signs on it. 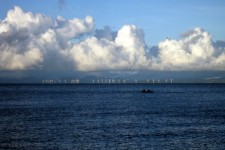 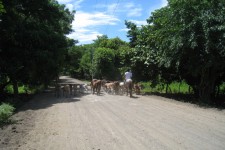 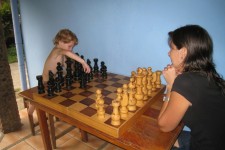 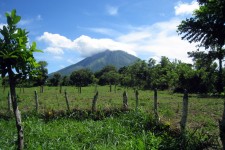 We safely arrived on the mainland and made a beeline for the coast. We stayed a couple days in San Juan del Sur, a pretty amazing surf town in southern Nicaragua. 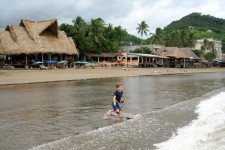 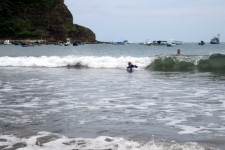 While eating at the pizzeria in town one night, the lights went off. We recollected that the power had gone off every day we had been in Nicaragua. A few minutes later the buzz of a generator kicked on and the restaurant cheered. Within 10 minutes, our lighted pizzeria in the middle of a dark town was like a beacon. People were coming from all over. 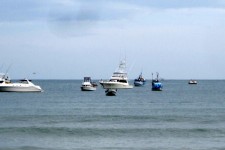 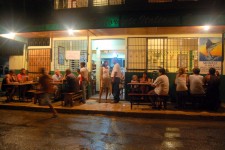 We figured we had a pretty good spot. Plus, the thought of going to our hot, dark hotel room with no fan was really unappealing. So, we ordered another bottle of (cold) red wine and kicked back until the power came back on.

2 thoughts on “Leaving Ometepe, Heading to the Beach”