Bob, the owner and brewmaster, built the actual brewery in a shipping container in the 3 car parking lot – also where we camped. It was pretty sweet set up, and further proved Jason’s theory that shipping containers can be used for anything. He’s hoping our next home will feature one. If it has a brewery inside it, I’ll be more interested. 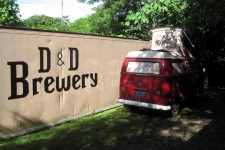 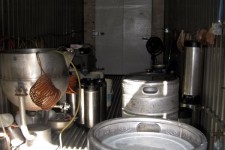 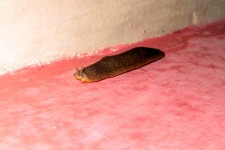 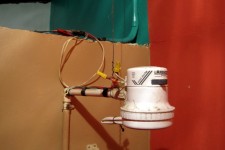 The bathrooms here are shared by giant slugs, and more of the suicide showers. We survived, but there was a pool that Bode declared ‘bath enough.’ 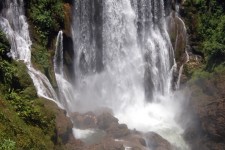 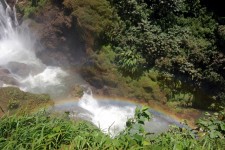 We set out the next day for the Pulhapanzak waterfall. It was really nice and we got close enough to get completely soaked. The path was muddy and slippery and Bode was going down every 5 seconds, so we opted out of the trip that takes you behind the falls. We talked to some folks later that attempted it, but had to bail out when they had to swim through a pitch black cave in freezing water.

Since everyone at the hostel was game for the same trip, we ended up stuffing 4 additional people in the bus for the afternoon. Climbing hills was a little tougher than normal, but otherwise all was good. 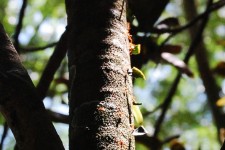 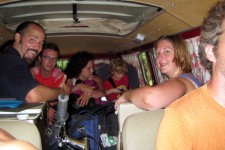 We also took a hike to The Blue Hole. The short hike was really nice, and took us through old coffee plantations, around Mayan ruins, over a raging river and through jungle with orchid-covered trees. The variety and density of plant life here is really astounding. However, the Blue Hole is optimistically named. In reality it was green and a dengue-fever breeding ground. At least the hike was nice. 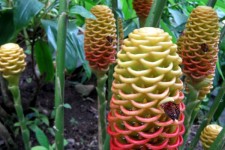 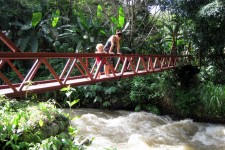 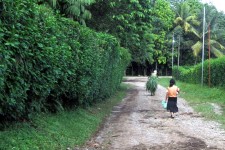 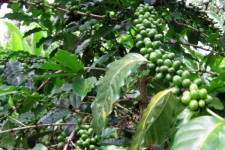