There is no lack of stimulus in this town – today we found a carnival. 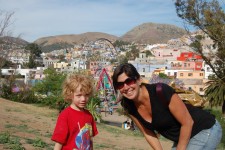 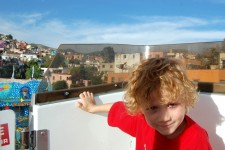 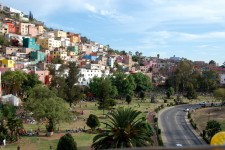 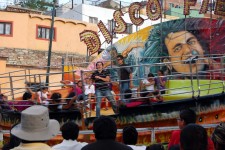 One ride in particular was worth watching for a little while – El Disco Fiebre. The ride itself is the usual giant centrifuge that makes people sick. The twist here is that the two yahoos that operate the ride actually get inside and do a whole routine in the middle of the thing while it’s spinning. They dance and taunt the single ladies to get up and do a jig with them while the ride is going. One guy jumps up in the air every now and then to the amazement of the crowd. Eventually, they become exhausted and have to sit down with the riders. Nobody on the ride really looked like they were having any fun, but people kept lining up since these guys were such a spectacle. OSHA representatives were not present. 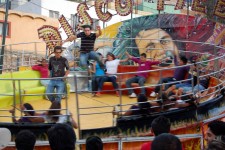 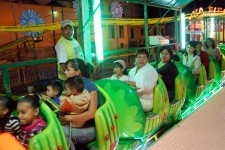 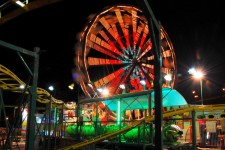 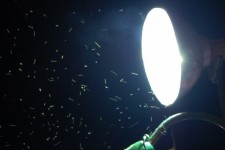 Bode’s favorite ride seemed to be the Wacky Worm. The little roller coaster that looked suspiciously like the same one we rode at Carnaval in La Paz. No seat belts required. If your child is too small to sit on the ride, you can just hold him in your lap.

Also, if anyone is going to be in Fredericksburg, TX this weekend for the VW Texas Classic, please track down our buddy Wild Bill and tell him “Howdy” for us. He’s driving all the way from Pensacola in “Rusty,” the former rust-bucked we saw back in Florida. He’s been working on it over the winter and now the windshield is actually held in place by metal rather floating than silicone. We love the stripes, but without all the rust and the new paint we’re not sure what he’s going to call it now… Blacky? Stripey? Skunk Beard? 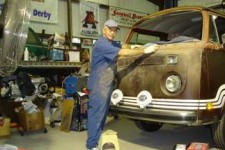 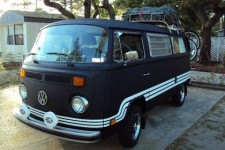