Sunday morning we packed up the bus and headed over to the show. The main street to the town square was closed and we took a detour and started following all the other VWs. They must know where to go.

By the time we got close, we realized we were in line to register and we couldn’t really turn around. Oh well, at least we would get a good place to park and a T-shirt, we thought. And, it’s a good thing we washed the bus. 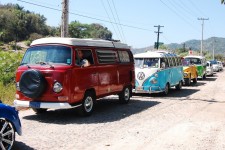 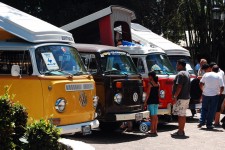 We were directed through big crowds right into the center of the town square. We did get a good parking spot next to all the other buses, but it was clear that there was no way we were leaving until it was all completely over. Oh well. A good excuse to test out the solar-powered fridge (it worked great!)

The show was fun. There were more Safaris (Things) than I have ever seen in one place and they were all in stellar condition. Of course, tons and tons of Vochos (Bugs) of all variations. Massive sound systems was a common theme. Lot’s of custom cars, a swap meet and tons of VW lovers everywhere. There was no discriminating here and there were plenty of water-cooled VW’s too. If you wanted to show off your customized Jetta, there was a place for you too. 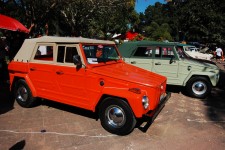 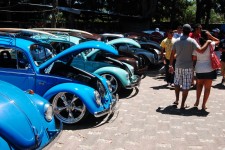 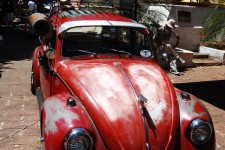 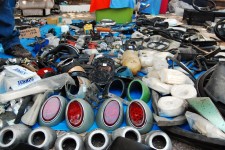 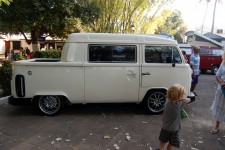 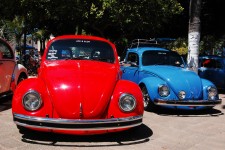 One guy (Juan) drove his water-cooled VW taxi 10 hours from Mexico City and entered it in the show. A regular taxi – not a show car fake taxi – just a taxi that he drives every day. If there was a category for it, I hope he won.

There weren’t too many trailer queens (there were some) and it was mostly just regular folks showing off their cars. This was their one car that they drive every day and love. It makes for a different atmosphere and probably more fun than a bunch of guys obsessing over obscure VW manufacturing minutia or trying to keep people from leaving fingerprints on their show car. Of course, there was probably some of that too, but it was all in Spanish. 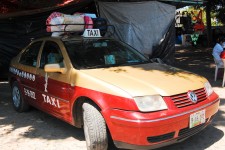 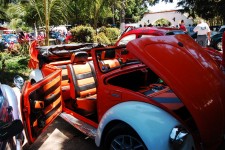 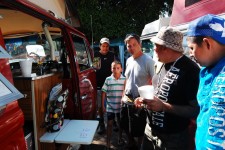 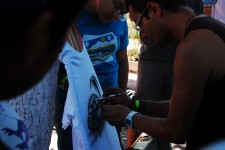 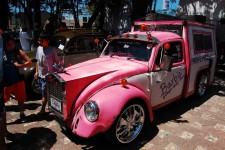 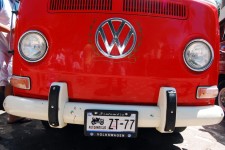 We just hung out all day and met some great folks and made more contacts in Mexico. We managed to communicate with just about everyone, but we really need to learn more Spanish. We were also interviewed for a Guadalajara TV show. If anyone sees it on TV or finds it online, please let us know. The minute the interview ended, I couldn’t remember anything I said. I hope it wasn’t too bad. 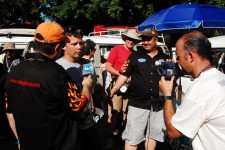 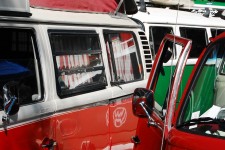 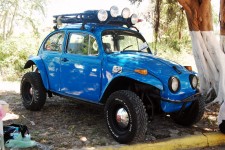 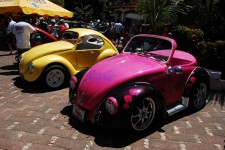 Late in the afternoon, we were still hanging around and talking to some folks when someone came running up to us. “You won! You won! Go! Go! Go!”  There was a guy talking on the P.A. the whole time, but we couldn’t understand any of it. Not knowing what to do (and having everything we own in the car) we asked the people we just met to watch our stuff and ran up to the gazebo. On the way, I passed Alfredo from PV who was on his was to find us too.

Another guy we met, Juan (another Juan,) leaned over and told me to stick around a while longer. A bit later I thought I heard my name again and something about driving all over the Americas. I looked around dumbfounded and was waved up on stage again.

I couldn’t really understand what the special category was, but I’m guessing it was for driving the farthest to get to the show or craziest trip or something like that.

I’ve been fortunate enough to win a few awards for miscellaneous forgettable things over the years, but never… never have I gotten to pose with scantily-clad women after receiving an award.

I will remember this one for a long time! 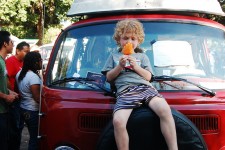 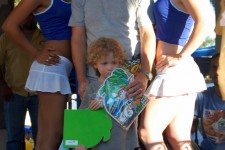