After sort of making our reservations for the ferry, we had some time to spend wandering around the Cape. For no particular reason, we decided to make a clockwise loop and go to La Ventana since some folks we met earlier recommended it. When we got to the turn-off after La Paz, for we randomly went towards Todos Santos instead and headed West. Sometimes the bus just knows what to do.

We pulled into town and Angela and Bode stopped at the town square with a playground and I went off to find somewhere to camp for the night. There’s a place close to town, but it was pretty sad looking. The owner’s over-eagerness to have me pay immediately (asking multiple times before I even looked around) raised my suspicions a bit too, so I headed back to the square to pick up the crew and make a new plan.

Fortunately for all of us, Bode had already made friends with Maya on the playground and her cool parents (guess what, they’re from B.C.) invited us back to stay at their place.

Nicole and Dave live up near the Alaskan border most of the year, but rent out a beautiful hacienda down here every winter. Nicole has been coming here  for the past 12 years and has a keen interest in moving here permanently. We can see why – it’s a really comfortable town with a great vibe and great people. They also inspired us a bit to just settle down and relax in the same spot for a while – a really appealing idea after being on the move continuously for so long. 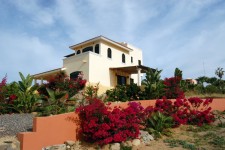 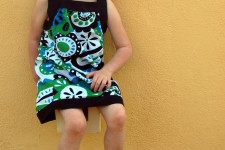 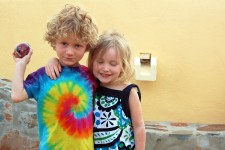 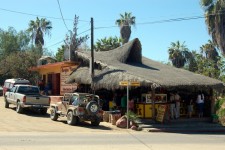 I’ve been really impressed with Bode’s ability to make fast friends – something I’ve never been the best at – and in choosing really great kids as friends too. We all made dinner together and the kids had a blast playing all evening. 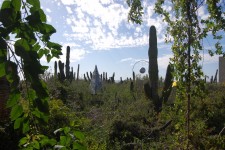 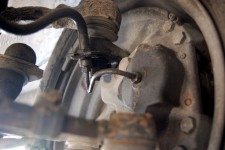 The next day I had some time to take a look at a recurring issue – those damn shocks. Before we left, I splurged and installed all new shocks – the German Boge original equipment – and the most recommended ones out there (granted, everyone has an opinion.) The ride and handling has been fine, but the sturdiness leaves a little to be desired. We’ve just stressed the end connectors beyond what they can handle and the rubber inserts don’t like the Mexican roads. This time, the end bolts and the new giant washers came loose and disappeared. I suppose this is why it’s not supposed to be mounted like that.

Anyway, while I was taking a look I found a bigger problem. I was leaking brake fluid all over the right side – coming from the rubber hose connecting the brake line and wheel. I don’t know if it split from age or if it was hit by a rock or something else (like a flailing shock.) Regardless, we weren’t going anywhere until it was replaced.

I went to the local parts store and the best they could do was order it and it would be available mañana. Mañana doesn’t necessarily mean tomorrow – just not today – so I was not encouraged. All the other parts places had the same story. They are really just tiny shops to buy oil and other miscellaneous fluids and place your order for real parts. It seems everything around here has to come from La Paz. No one would give the price either – wait until mañana. Also, no one had the right bolt, so it is back to driving with no shock.

Anyway, I decided to drive it sparingly and be ready to grab the emergency brake if needed. So far, we’ve done a pretty good job of breaking down in really nice places. We set out to go find a beach and wait for mañana.

7 thoughts on “All Saints”