We spent some time in Bend and, as expected, decided we really like the place.  There are great parks, multiple breweries, and it’s right smack dab in the middle of some amazing outdoors.  We wandered the small ‘old’ downtown (hanging baskets on street-corners, etc) and the duck/swan/goose filled park.  After stopping at the local candy shop for a PEZ refill, we met a guy who told us to head out to Todd Lake.  Only 30 minutes later,  we were in the Casacades near Mt. Bachelor and surrounded by amazing scenery.

Todd Lake is a great short (kid friendly) hike, but rewards you with all the stuff you imagine on some of the best hikes.  A beautiful mountain lake, lush woods, open meadows, incredible vistas… the usual.  Take a net and try to catch the huge dragonflys swooping around.  We actually didn’t take too many photos because it was just better to enjoy it.  The few we took just don’t do it justice. 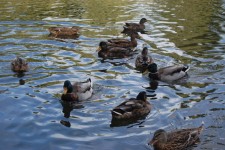 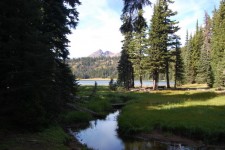 We never really inteded to gush about Oregon, but we’re still trying to figure out why we’ve never been here and why everybody else doesn’t already live here.  If you talk to the locals, it’s already too late and everyone in California has already moved in.  I can’t imagine what it must have been like 10 years ago.

Later, we headed a bit south where we were fortunate enough to be invited for a stay on Planet Marrs.  Great folks near Bend who hosted us for the night and spoiled us with everything we needed, including an enormous workshop full of every tool that I could ever need.  Mental note:  build a workshop bigger than the house and fill it full of toys.  I managed to get a few bus projects completed (the steering wheel is mostly centered, yet another tune-up, and the fridge now slides out from under the sink so even Bode can get into it.)  We arranged the visit a few days in advance, so we were also able to have a brake servo (booster) shipped out from our friend in Alameda (thanks again Kris!) and now have another project to add to the list. 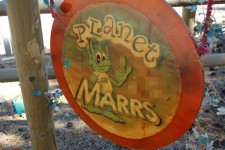 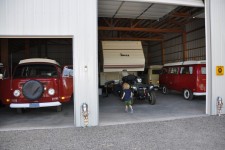 I had wanted to fix my sagging rear end (hold the snarky comments) by adjusting the rear splines, but didn’t want to impose another day or open a can of worms and end up with a bigger problem than I started with.  If anyone out there knows what I’m talking about (and can provide the space and tools) let us know and we’ll do some spline-adjusting over a few beers.  On second thought, it might be a little dangerous, so the beers might have to wait until after. 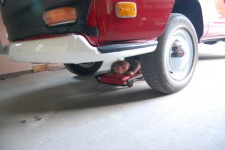 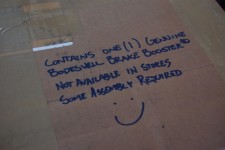