I got a volunteer job at the turtle sanctuary!  The turtles are endangered so they were looking for volunteers .

The turtles are called Olive Ridley, or in Spanish they are called Gulfino Turtles. They are all black, but when they are dry they are tan. 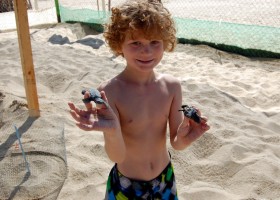 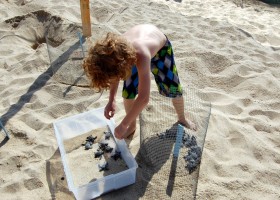 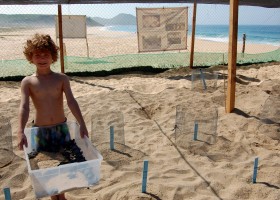 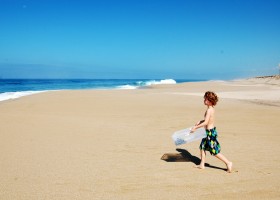 The boring part is digging them up. All you do is dig and take out baby turtles and count them. The fun part is releasing them because they wiggle around on the the beach trying to get to the water. We have races! 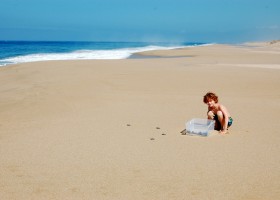 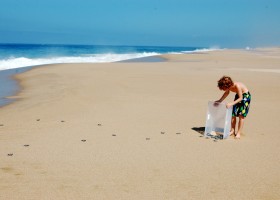 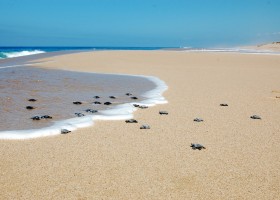 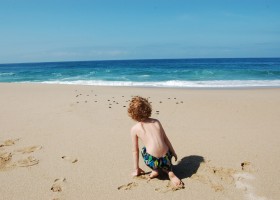 Hurricane Odile wiped out the shelter and we couldn’t check on them for a while. When we could check on them, there was barely any space for the turtle sanctuary there was a cliff edge super close to it. And there were TONS digging themselves out of their nest. They didn’t have any shade because the shelter was gone so they would find shade in the rubble and get stuck. We had to lift up rubble and dig for the turtles in the rubble. I didn’t really like that part. 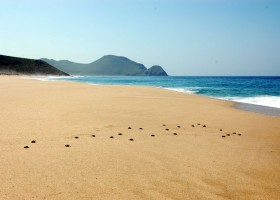 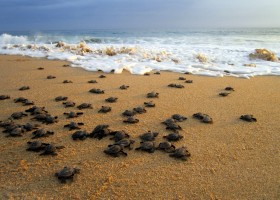 7 thoughts on “My First Job”