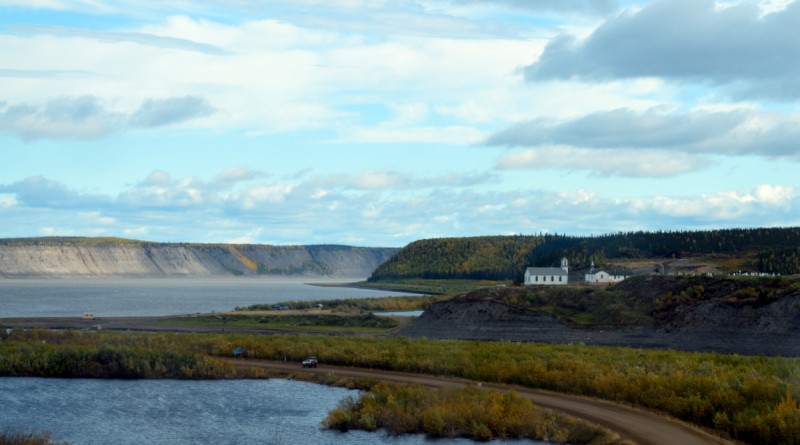 Day 3 on the Dempster and we packed up and headed to Fort McPherson for fuel.

At the turn-off, Caleb and Ariana pulled over to chat with a cyclist and it turned out he needed a ride North. “Tor” had just finished two weeks kayaking the Peel river with another guy who had already bailed. Tor had planned to bike up to Inuvik, but apparently decided to hitch instead. We left Caleb on the hook for this one. Ariana moved her backpack to the bus and read books in the backseat with Bode the rest of the way. 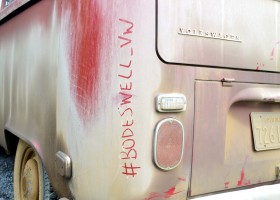 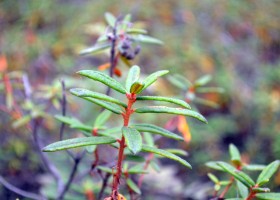 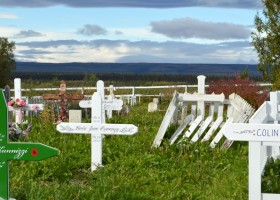 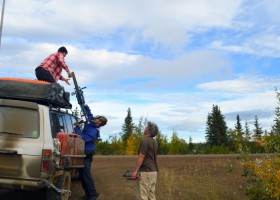 It was a beauty of a drive and we kept admiring our fortune of hitting such a good weather window. A few hours and ferry rides later, we pulled into Inuvik – the end of the Dempster Highway.

When we finally stopped, the engine was smoking hot. Somehow one of my fan shroud heater hoses had popped off and the left side wasn’t getting any air. Considering our location, I just popped it back on and called it good.

Caleb couldn’t wait to dump Tor. Apparently he was a bit too talkative (and maybe wasn’t so interesting to listen to.) And, it turns out this kayak buddy left him early because he was literally about to kill him by the end of their trip. 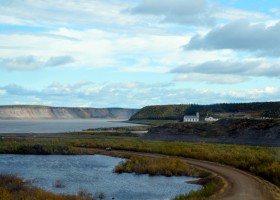 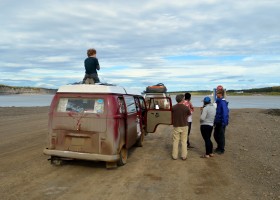 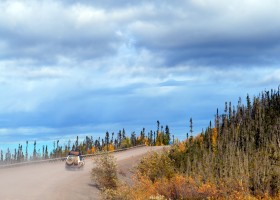 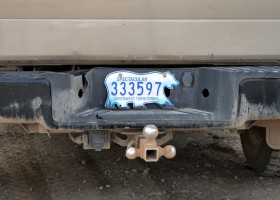 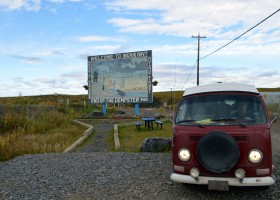 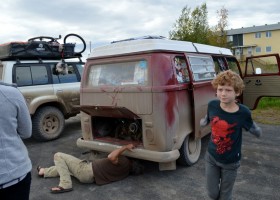 We arrived here on exactly the right day. The Canadian military was in town on exercises and was throwing a big feel-good party in the park. Boot camp exercises for the kids, lots of cool military gear to climb on and even a flyover.  Even better – FREE FOOD. That’s right – we drove the length of the Dempster Highway and arrived at a FREE barbecue!

We stuffed ourselves, checked out the local library for internet (where we saw the town drunks continuously ejected), stopped by the igloo church and then camped just south of town. 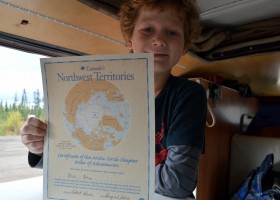 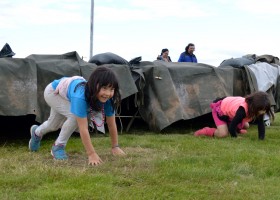 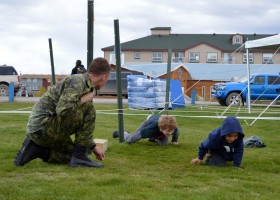 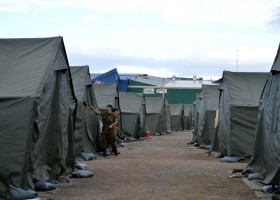 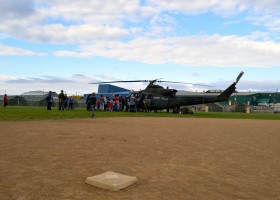 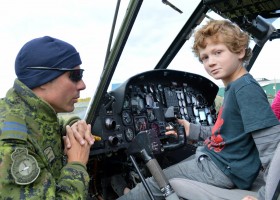 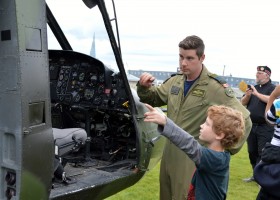 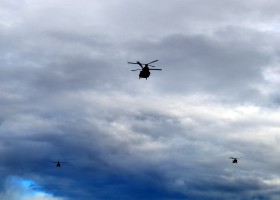 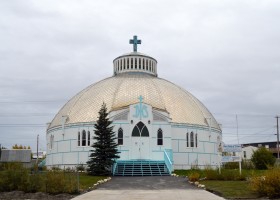 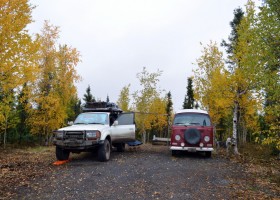