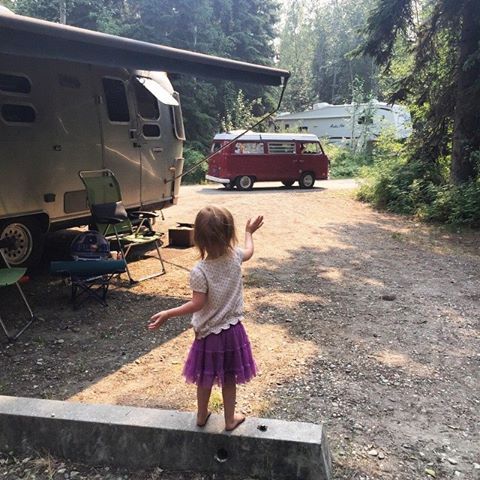 We had a great time with the Adv-0-DnA crew. We swapped stories and beers, traded off some kid duties, and Jason did some sort of work on their Airstream. But, alas it was time to part ways. 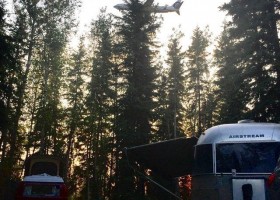 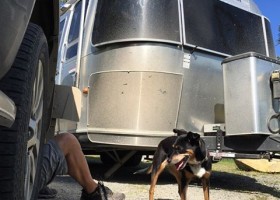 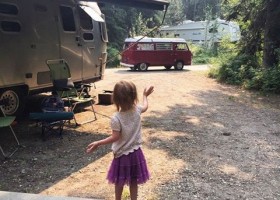 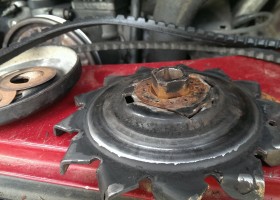 Our plan was to drive the famed Dalton Highway (formerly known as the Haul Road) to the northernmost drivable point in the Americas. Described as ‘punishing’ and ‘extreme’ in guidebooks, we thought we’d be in our element.

Before leaving, we discovered a brake problem, but decided to delay repairs until later. Parts take a while to ship to northern Alaska. We ordered brake caliper seals, but decided we could pick them up on the way back through. The Dalton is about a 500 mile drive. One-way, on dirt. And, there isn’t much to do when you get there. Fun stuff. We’d be fine.

A few minutes out of town, we heard a weird squealing noise. Of course it was bad news – the alternator pulley was completely broken.

Long story not so short – we got a campsite 3 hours later and already had an address to mail the part through a random VW spotting during the Midnight Sun Festival. Our Facebook, Lego and actual friend Robbie had already boxed and shipped us the pulley before we even parked. Thanks, Robbie! 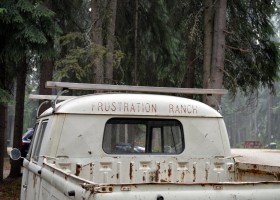 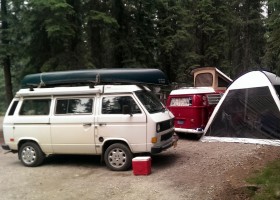 While we were trying to figure it out, we met some cool folks who were in town with their food trailer…who happened to have a bus. The next day, Karey and Ross sent us a message that they had a friend who had a friend in the area…

So, we met Ian. Ian showed up in a killer double cab splittie. With beer. 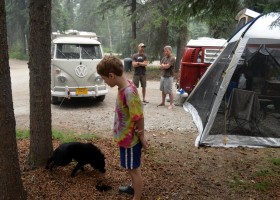 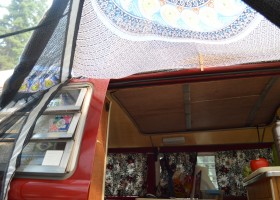 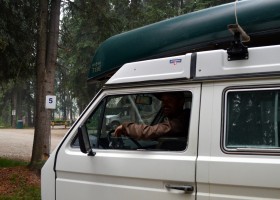 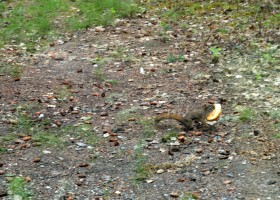 We knew we were in good hands. He even lent us an extra spare tire for The Dalton drive (highly recommended to have 2 spares). Plus, he had lots of great Alaskan stories and advice.

Cool bus folks in this town. 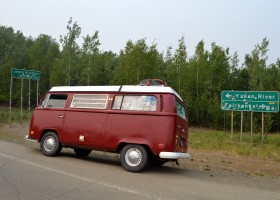 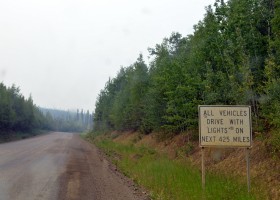 Only 3 days later than expected, we finally headed out. We were hoping the smoke that had encompassed Fairbanks would dissipate quickly, but it didn’t. We drove off into the smoke. 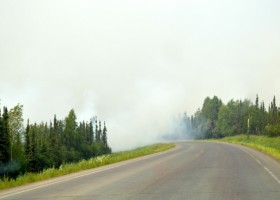 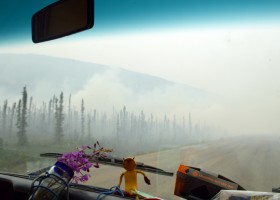