Angela interjected before Bode could answer. For the record, he answered with an enthusiastic “I DO!”

That left me for the tie-breaker. I emailed back and said if they could meet us at the monastery then we could do it. Otherwise, thanks for the interest.

So, after a night of wolf-watching, we spiffed up the bus and met the folks from Vrum! TV.

The crew were all super-nice guys and we had fun goofing around on video and showing off our home. We were interviewed in English and Red Beard had it’s extreme close up moment. 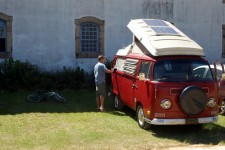 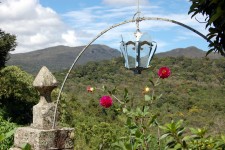 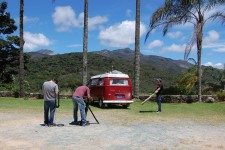 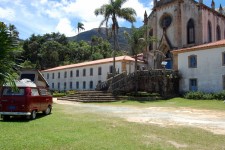 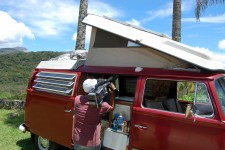 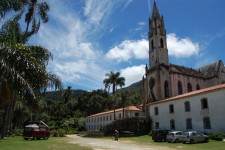 After almost 4 years of being lived in, banged up, and generally abused… the bus still cleans up pretty well.  There are plenty of dings and spots I wish were better, but…  those scars were earned.

She ain’t pretty… she just looks that way. 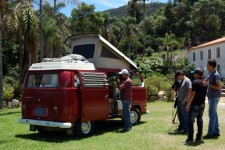 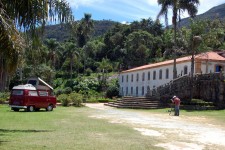 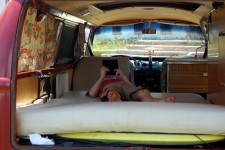 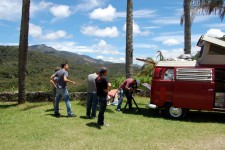 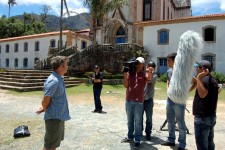 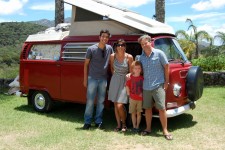