The Kuna are nice folks and didn’t seem to mind having their village disrupted by a group of gringo tourists. Mostly, they just want to talk. They have their own language and we learned a few phrases, but some of the younger folks speak Spanish as well. 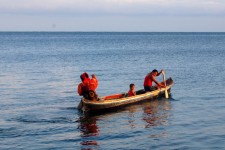 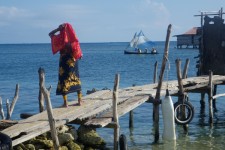 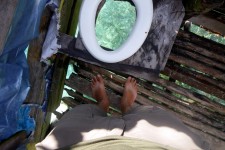 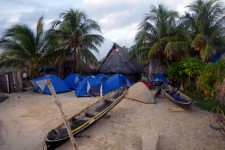 All of the girls traditionally start wearing the Kuna dress at age 16. They make their own beads for their legs and arms and are free to design it as they like. Apparently there is a little bit of fashion competition among them.

The men and the younger kids are free to wear whatever they want and it’s usually modern clothes. Despite the location, it feels a little less remote when you see guys wearing Chicago Bears T-shirts and kid’s drinking Pepsi. 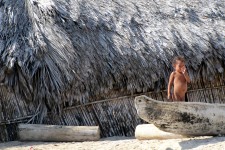 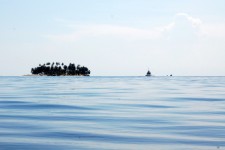 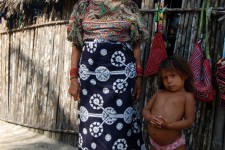 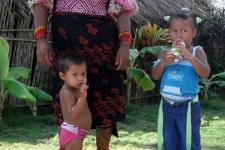 But, one of the signs that you are a bit off the beaten path is when the locals don’t have anything to sell you. There’s always fish, of course. 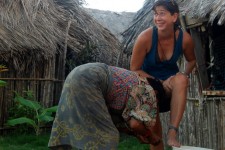 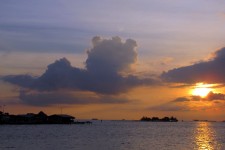 On the second day, a few women came out with some beads and some bags made from their traditional fabric.  Hard to pass up.